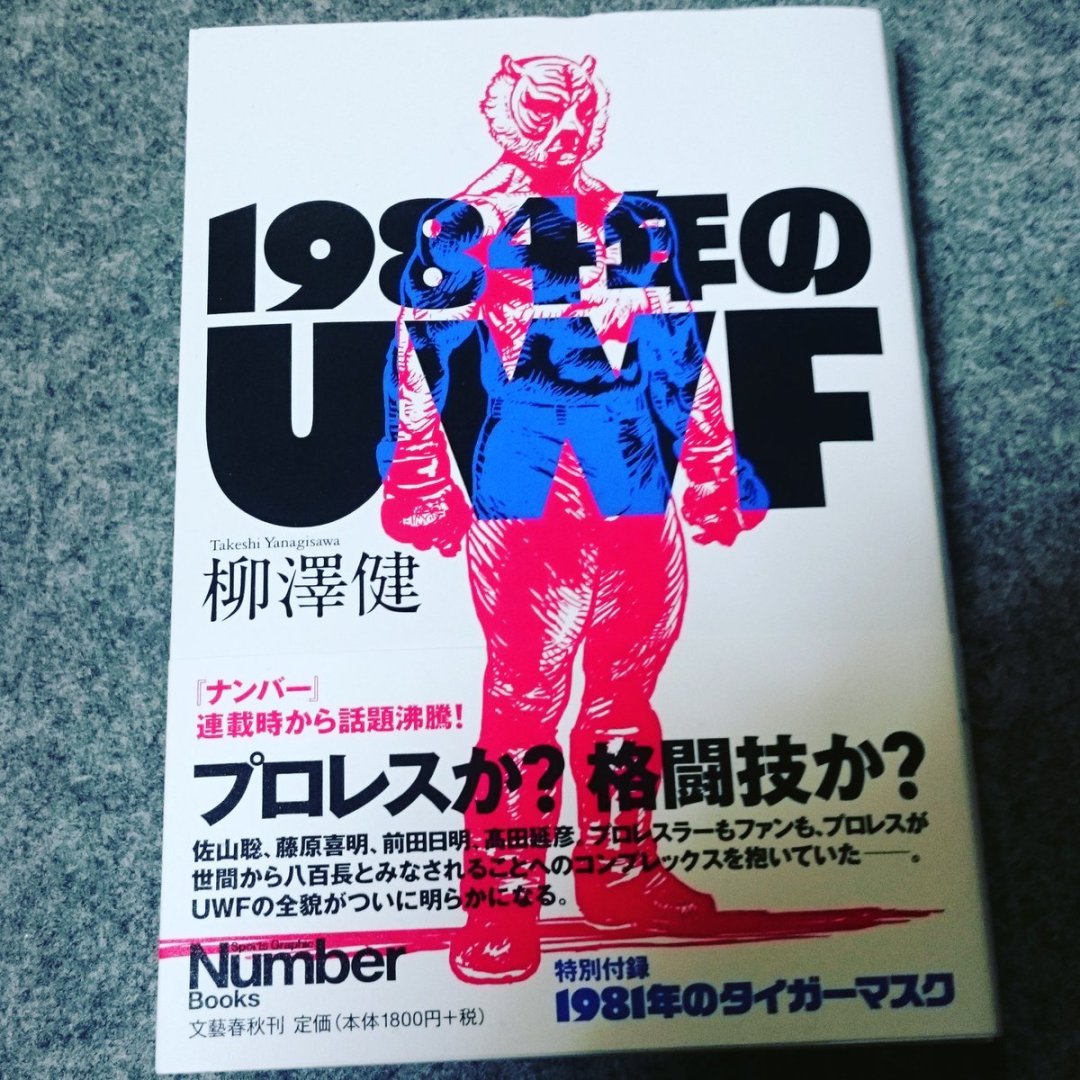 The Rise and Fall of the UWF

Excerpt from Shooters: The Toughest Men in Professional Wrestling by Jonathan Snowden.

Riding his famous fight with Ali, Antonio Inoki became Japan’s standout wrestling star. While Baba had the NWA and its biggest stars in his corner, Inoki had the backing of Vince McMahon Sr. and the WWWF in New York. The relationship gave Inoki’s New Japan Wrestling access to McMahon’s roster of stars, including Andre the Giant, champion Bob Backlund, and later a young Hulk Hogan.

New Japan’s success led Baba to reach out and look towards co-promotion. After a single show in 1979, the two groups parted ways. Inoki’s promotion was just too hot. It was more than just McMahon’s stars and Inoki’s reputation built on years of winning matches with martial arts champions. Inoki and his booker Hisashi Shinma were innovating professional wrestling with a number of great ideas.

In addition to the martial arts matches, Inoki and Shinma created the “interpromotional” angle that would also spark record business in America when Eric Bischoff borrowed the idea for his WCW vs. NWO program in the 1990’s. Inoki had noticed that cards featuring matchups with wrestlers from the defunct IWE promotion in Japan drew better crowds than matchups featuring New Japan wrestlers against New Japan wrestlers. With no other promotions to do business with (except the hated Baba) Inoki and Shinma created their own rival promotions. Former Olympian Riki Choshu turned to the darkside and attacked Inoki’s protege Tatsumi Fujinami. The two men picked their squads and Choshu’s Ishingun, billed as a rival promotion, did battle with Seikigun, led by Fujinami.

The idea led to a box office bonanza in 1982-1983, selling out 90 percent of the shows during the year, an unprecedented level of success. It was smooth sailing until Inoki went out with an injury in June and business continued to flourish. Everything changed when it became obvious that stars like Choshu and Fujinami, alongside junior heavyweight sensation Satoru “Tiger Mask” Sayama, were just as important to New Japan’s success as Inoki had been.

While perceptions changed, what wasn’t changing were the paychecks for the other New Japan wrestlers. In fact, some received pay cuts as Inoki and Shinma allegedly funneled money into some of their failing side ventures. The wrestlers rebelled, with Sayama leaving the company in a fury. Inoki was forced to resign as New Japan’s President, but it was Shinma who took the real heat. New Japan’s booker and Inoki’s right hand man for years, he was fired from the company he had helped build.

But Shinma wasn’t done with wrestling. He created the Universal Wrestling Federation

(UWF) in 1984. The idea was for Inoki to leave with him, starting fresh again on their own. When Inoki opted to stay with New Japan, Shinma looked to create a new Inoki with a young prospect named Akira Maeda. Shinma had discovered Maeda at a karate tournament in 1977 and with the ideal size (6’3”, 240 pounds) and a natural athleticism, Maeda was being groomed for big things.

Maeda wasn’t the only New Japan wrestler to jump ship. Another top prospect, Nobuhika Takada also left the company, as did Yoshiaki Fujiwara, a Karl Gotch disciple who was one of the first graduates of Inoki’s wrestling school back in 1972. Fujiwara had never been a huge star for New Japan but his influence was felt keenly behind the scenes:

Fujiwara was one of Gotch’s first students and his best. He had been a top Judoka in college, and collegiate Judo in Japan is still heavily focused on ne-waza, or ground work. Fujiwara brought with him the submission holds of Judo and combined them with the catch-wrestling to create a particularly effective style. When Inoki needed a tough guy to corner him in the Ali fight, he chose Fujiwara.

The wrestlers proclaimed themselves the strongest martial artists in Japan. When karate men or other martial artists would come to challenge that claim, they would send them to Fujiwara. Wrestling always proved best as Fujiwara cleaned house. Fujiwara credited all of his victories to his teacher who he loved for his skills and his single-minded focus on the grappling arts. “One time during training Mr. Gotch got a very bad toothache. His toothache was interfering with his training. So he went to the hospital, or maybe dentist, and asked them to pull all his teeth out.They said it’s dangerous,” Fujiwara said. “He said, “That’s OK. Pull all my teeth out.” And he went back to training next day with no teeth. Because he figured if he has no teeth he’s not going to have any toothaches getting into the way of his training. He’s so crazy but I love him.”

Ironically Sayama, who had quit the company over Shinma’s handling of New Japan’s

business practices, joined his former rival in this new venture. Sayama went all in in combating New Japan, revealing to the world in his book Kayfabe that wrestling was not on the level, while at the same time telling the newspapers that he had quit New Japan because Inoki had been taking advantage of the other wrestlers. The company, which started as a standard wrestling promotion using American and Mexican wrestlers up and down the cards, soon shifted styles, proclaiming their bouts to be real shoots.

The matches were innovative and very tightly worked, featuring real submission holds, throws and powerful kicks. There was serious interest in the major metropolitan centers in Japan, but without a television deal, business faltered. The wrestlers, for their part, did all they could to promote the events, breaking all the unwritten rules by not only acknowledging opposing groups in their interviews, but running them down as fakes and phonies:

Maeda himself was the most outspoken, mincing no words about traditional pro wrestling offices having worked matches, and insinuating that the UWF was the real thing. Many fans believed it. However, outside of Tokyo where the matches would overflow Korakuen Hall to a scary degree, the first UWF never caught on as more than a cult thing.

With business in the dumps, Sayama and Maeda feuded behind the scenes. When Shinma took Maeda’s side, Sayama demanded his old rival be removed from the company. The bad feelings festered. Maeda preferred a style that featured submissions heavily while Sayama wanted to see a heavier emphasis on kickboxing. The two ended up taking their disagreement into the ring on September 2, 1985. Maeda kicked Sayama in the groin several times and the match disintegrated into a real struggle. Maeda was eventually disqualified and nine days later, the company called it quits. Sayama left to found SHOOTO, a promotion that would eventually feature real shooting matches but never caught on with Japanese fans. Maeda and the others returned to New Japan.